BC Ministry Of Health | Flink Branding

BC Ministry Of Health

In the 1990’s the BC Ministry of Health recognized they could save the health care system a lot of money through an educational campaign to help keep British Columbians OUT of hospital through simple lifestyle changes. The Ministry contracted Now Communications to create the TV spots and Now contracted myself and my writing partner, Ron Blouin to create the spots. 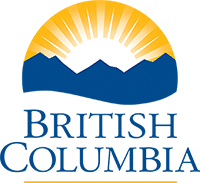 The messages delivered in the commercials, are for the most part, nothing new. Over the years, we’ve all heard advice about getting more exercise and eating less fat. We knew that a simple “talking-head” approach or a doctor with a clip board would be ignored, so our aim was to engage people with humour and unusual delivery to get them to watch. At least once.

“Eat For Tomorrow” — BC Ministry of Health

The first spot, “Eat for Tomorrow” delivered the message of healthier eating in the style of the ephemeral educational films many older people may have seen in school— but with a twist. The spot had a familiar look but the fatty glop being served worked to illustrate our point. “Eat for Tomorrow” placed Second for “Best TV Commercial in BC” at the Lotus Awards in Vancouver.

“Eat To Win”- BC Ministry of Health

In this spot, we used the familiar Pac-Man arcade game to illustrate the idea that better health could lead to a better life. Our Pac-Man character gets gobbles his way through the game board attempting to eat his recommended 5 servings of fruit and veg for “Bonus Points” all the while, being chased by heart disease and stroke. Two endings were filmed; a win scenario and a losing scenario.

“Rub It In”- BC Ministry of Health

A fun, and bouncy commercial extolling the virtues of sun protection. Important skin cancer statistics and sun protection messages were delivered without the typically dull and clinical approach.

“Walkawalka”- BC Ministry of Health

Prevent heart disease by simply going for a walk. This spot used the vocal talents of the 90’s acapella band “Rhythm and News” and a local animation studio who worked exclusively in grease pencils for us. Actors were shot on treadmills and green screen then combined in post. “Walkawalka” placed Second for “Best Use of Animation” at the Lotus Awards in Vancouver.

Two of the commercials were runner ups in the Lotus Awards. But more importantly, many British Columbians developed healthier lifestyles and the overall number of hospital visits were decreased.